The Chalet School started its life in Briesau am Tiernsee in the Austrian Tyrol (Pertisau am Achensee in real life) and the books set there were from The School at the Chalet to the first half of The Chalet School in Exile. Many FOCS members have been to Pertisau, and some travel there regularly each year. In 1994 a plaque was put up by Martin Spence on behalf of Friends of the Chalet School, and this now stands in the library in the tourist office.

After Germany signed the Anschluss with Austria in 1938, it would have been impossible to keep even a fictional school in Austria. As a result, EBD wrote The Chalet School in Exile, during which, following an encounter with some Nazis, several of the girls, including Joey Bettany, were forced to flee Austria, and the School was also forced to leave. Unfortunately, Elinor chose to move the School to Guernsey, where she had set some of her La Rochelle titles – the book was published just as Germany invaded the Channel Islands. The second half of Exile and the beginning of The Chalet School Goes to It were set in Guernsey. The exact location of the School in Guernsey is much debated, although it was probably near Jerbourg. Elinor also writes about Peterport – St Peter Port. 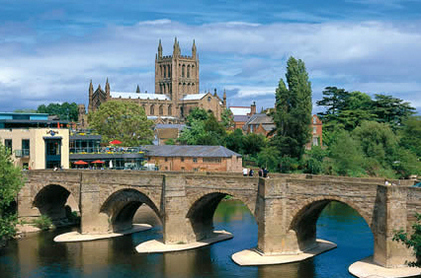 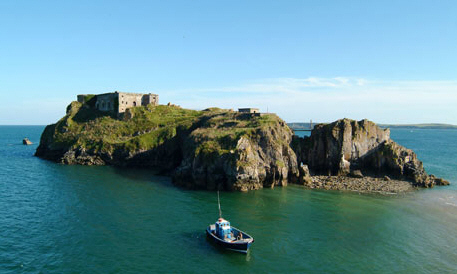 Elinor had long wanted to move the School back to Austria, but the political situation there in the 1950s forbade such a move, so she did the next best thing and moved it to Switzerland, firstly by establishing a finishing branch in The Chalet School and the Oberland, and secondly by relocating the School itself in The Chalet School and Barbara. Joey Goes to the Oberland covers the journey of Joey’s family there, and their settling in. The exact location is subject to much debate, but it seems likely that it is somewhere near Wengen in the Bernese Oberland. Here the School was to remain for the rest of its fictional life, and here it still is today for its many aficionados. 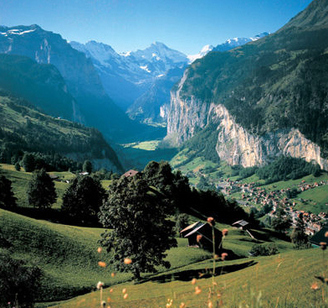